Why can’t we use enormous, whopping, super colossal, monster, humongous, big words in our writing?

I will happily admit that title was much too long. In fact, if I was editing this for a client, I’d advocate against strings of adjectives and recommend using one well-chosen word.

Depending on the purpose of the writing, I may also, or instead, advocate for plain English — i.e. when you mean ‘big’, just say ‘big’. There are already enough people in the world who try to make themselves sound clever and important by using ‘big words’ — just say what you mean and move on. 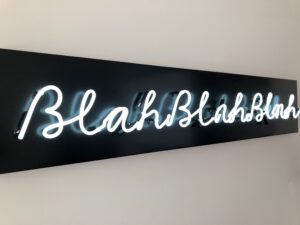 On the other hand, when I’m not trying to proofread or edit someone’s writing, I actually love big words. I don’t necessarily use them in everyday conversation but if they feel juicy on your tongue, or have a quirky meaning, or an intriguing etymology, then I’m hooked.

Etymology (n) the study of the origin of words and the way in which their meanings have changed throughout history.

Etymology fascinates me. So much so, in fact, that I’ve subscribed to Merriam-Webster’s daily etymology email (as if I don’t already get enough emails). I could write many, lengthy posts on the subject of the deliciousness of the history of words, and perhaps I will at another time, but I’ve become side-tracked.

When can writers use ‘big words’?

I wear several hats on this topic:

Now for the conflicting hat—the one that chooses to stand apart from the others because it knows it is right!

Pandemonium is perhaps too complex a word for a picture book.

Here’s the thing though — children are capable of understanding a lot more than we give them credit for. Why should we stifle their learning by dumbing down the words we use around them? Do we want them to be stuck on ‘big’ forever when what they really mean is ‘humongous’?

Parents and teachers, particularly teachers, are constantly looking for teachable moments. We want to engage children in the books we read by having discussions around language. How else are they going to learn the intricacies of their language and appreciate the true joy of words if we drag the literature they’re exposed to down to the level of: Colby’s class was noisy.

Surely you’d rather have that deep discussion with a child about this sentence: Colby’s class could be described with one word: pandemonium.

By all means, please, keep your adult writing jargon-free, and in plain English. But let’s encourage our children to wrap their mouths and minds around colossal words.