When I was a student, learning the ‘rules of punctuation’, I would never have dreamt a tiny mark on my page would be the subject of such contention—even among professional editors.

The culprit in question, the comma, is of extreme importance when it comes to ensuring clarity in your writing. It has many uses and even more rules. However, the Australian Government Style Manual (otherwise known by me as the book of how it’s done) states the following in its section on commas:

… there are a number of situations where their use becomes a matter of judgment and personal preference.

Adding to my pain, the Style Manual doesn’t refer to that elephant in the room, the Oxford Comma. This may be because the Oxford Comma is not used in Australia. Well, it hasn’t been in the past. It certainly wasn’t taught when I was at school. Hardly anybody uses it—or do they? Gaaahh! 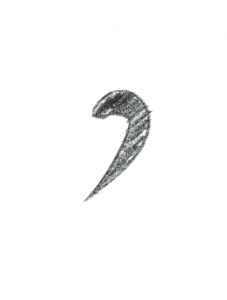 So, what is the Oxford Comma?

In the form most predominantly taught in school, the comma is used to separate items in a list within a sentence. In Australia, we don’t put a comma before the final ‘and’. If you’re an Oxford Comma fan, you do.

Apparently, the Oxford Comma also falls into the personal preference category—to the point where I have seen lengthy and inflamed threads in which professional editors debate, defend and decry the use of the Oxford Comma. (Fun fact: it’s also known as the serial comma. Am I the only one to have an instant association with serial killer? It may be something to do with the subject matter of my novel.)

Whether you like the Oxford Comma or not, however, there are certain situations in which you would be wise to use it—even if you are an old-school grammar use Aussie. It all boils down to clarity and ambiguity.

I love my parents, Lady Gaga and Humpty Dumpty.

Without the Oxford Comma, this sentence could be taken as meaning your parents ARE Lady Gaga and Humpty Dumpty. You have a few choices here:

But, can it be that easy?

This cracker of an example does the rounds on social media every so often:

Then, employ a proofreader and let them have all the fun instead.